A tale of two households: “How we created a co-parenting relationship”

Like any family dynamic, co-parenting after separation isn’t without its challenges. Shuttling kids between two homes, communication breakdowns, and uncooperative parents often spell difficulties, anxiety, and conflict for family members. But when relationships are navigated with mutual respect, thoughtful management, and a child-centered approach, amazing things happen.

Circle In’s head of customer success Jules Bickley shares custody of her teenage son Ruben with Ruben’s dad Russell and step-mother Courtney. Jules says, without a doubt, the key to harmonious co-parenting is to always put the needs of children first. Here, Jules and Courtney come together to reflect on their journey.

What’s your current co-parenting arrangement?
Jules: Currently we share Ruben week-on-week-off, with changeover on a Friday. We have a perpetual year calendar that maps out our schedule so we can easily see at a glance where we may need to swap days for special events, school holidays, or travel commitments. We are both really flexible for family or work events, which helps so much.

We have an agreement that each year we alternate who Ruben shares his birthday with. At Christmas time, Courtney hosts an annual Christmas Eve party, which I attend, so that Ruben has both his parents and step-mum together. On Christmas morning, Ruben spends time with his dad and Courtney so he can open presents with his siblings, and then I take him for the rest of Christmas Day.

How are your routines the same or different across households, and how do you agree on this?
Jules: We have worked really hard to maintain a consistent routine between households. For instance, we aim to keep bedtime the same, and Ruben has several extra-curricular commitments such as a STEM program on Wednesday evenings and Maths Mindsets breakfast on Thursday mornings that he goes to, regardless of who he is with that week. Ruben’s chore schedule is different across households as things operate a little differently, however, we all agree, the importance of teaching him important life skills including the active contribution to a household at this age as he prepares for adulthood.

Courtney: We have five kids and our schedule is pretty much the same across the board for all kids, though it differs a little from Jules’ household routine. Wake-up time is 7am on school days, and Ruben’s bedtime is 9pm. We have dinner as a family at 6pm every night, starting with a prayer, followed by everyone saying their ‘sad’ of the day, followed by their ‘happy’ of the day. We feel this is a great way to encourage the kids to open up to us and help them all feel heard. We also attend church on Sunday.

Ruben keeps the same extra-curricular activities regardless of which home he’s at, and he also helps out with chores regardless of where he’s living. At ours, he’s expected to put away the dishes in the morning and wash up the dinner dishes among others.

At the beginning of our co-parenting journey, going back and forward between houses was a bit of a struggle, as Ruben wanted what he considered to be the ‘best parts’ of both homes. But we all sat down for a family meeting and explained that each house had its own rules which he needed to respect, that the adults would not get involved in how each other’s house operates and that we are always there for support if needed.

How did you agree on which school Ruben would attend?
Jules: Ruben’s secondary school was chosen due to our custody arrangement and stability. The secondary school Ruben now attends is a two-minute walk from the house that Ruben’s father and Courtney own, which is also a big help to Courtney as Ruben’s younger sister and brother attend a different local primary school.

What are your tips for communicating between households and keeping on top of household changeovers?
Jules: The best tool that has worked for us is our yearly calendar for the fridge. It has helped us tremendously to plan in advance and make swaps if needed.

When it comes to communicating, we do this in several ways: phone calls, texts, or chats when we change over.

We feel like one of the reasons we have such a great co-parenting relationship is that we can openly communicate about anything and everything, being mindful to always put Ruben’s best interests first, and of the impact our decisions will have on him ahead of our own personal feelings about the matter.

It wasn’t always this way. We’ve had plenty of misunderstandings along the way and a few occasions where we upset or offended each other. On reflection, when this happened it was from communication via text, every time! So for delicate matters, we prefer to chat them through in person, have a family meeting, or as a last resort on the phone.

Courtney: When we were in the early years of our co-parenting journey, Jules would put a lot of exclamation points (!!!) in her texts. I took this to mean she was upset, angry, or yelling, and I had to ask if I had offended her, only for her to tell me she was excited… lol!

How have you tried to make life better for Ruben after separation?
Jules: I’m not sure that we could make Ruben’s life necessarily better post-separation, but we’ve endeavoured to certainly not make it worse. Courtney and I both come from separated-parent families and we endured negative experiences in our childhoods which we work really hard to avoid repeating. We always aim to model the kind of behaviour we would like Ruben to adopt should he ever find himself in a position of a blended family when he is older. Our motto is respect, communication, and children first, always!

What are your tips or some advice for other parents/caregivers who are transitioning or have transitioned to a co-parenting dynamic?
Jules: If you can, try to take the emotion out of it and try not to take things personally – instead, put the child first. It’s easier said than done – we know! There was one disagreement that we had over Ruben’s diet (a drastic change was suggested to treat his sinus symptoms) but we got into such a big argument over it we didn’t speak for days. Once we cooled down, though, and opened up and listened to each other without judgement, we realised how we could communicate those kinds of changes better. From that point, our co-parenting journey flourished and we have now become really good friends.

How can we show our love and compassion for our children as they move through challenges they did not ask for or create?
Jules: I remind my son that I know he didn’t choose this situation going back and forth between two households each week, and this can be challenging at times (particularly when he forgets shoes, uniforms, laptop, etc. Co-parenting hack: have multiples in both households!), but that there is a blessing in this family dynamic – that we now have an extension of our family unit, and more people care for and love him than before.

Courtney: I personally like to tell my kids multiple times a day that I love them and show them affection so that when they’re in trouble, they know I always love them. Russell and I like to let them know we are always here for anything they need and available to talk anytime. 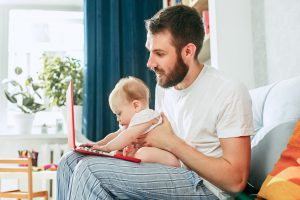 An estate plan: it’s so much more than a will 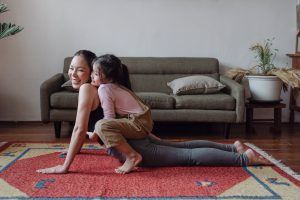 Rhythms of success: Try these 7 habits to perform at your best 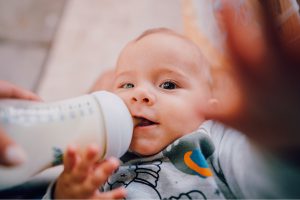 Pinky McKay’s practical tips on returning to work and breastfeeding 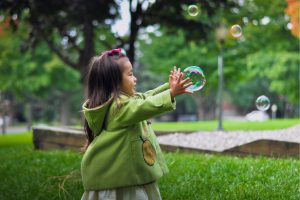 Employing an au pair or nanny? Your go-to agreement template 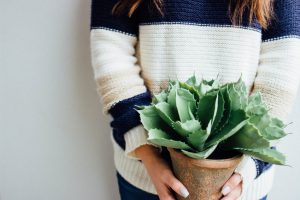 The secret to this solo parent’s happiness 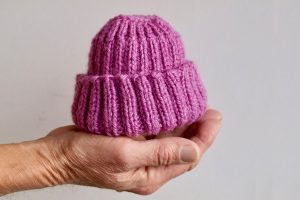