I’ve taken on my first CEO role after baby number two - Circle In
Skip to content
NEW: Read our latest research report on the experience of menopause in the workplace! 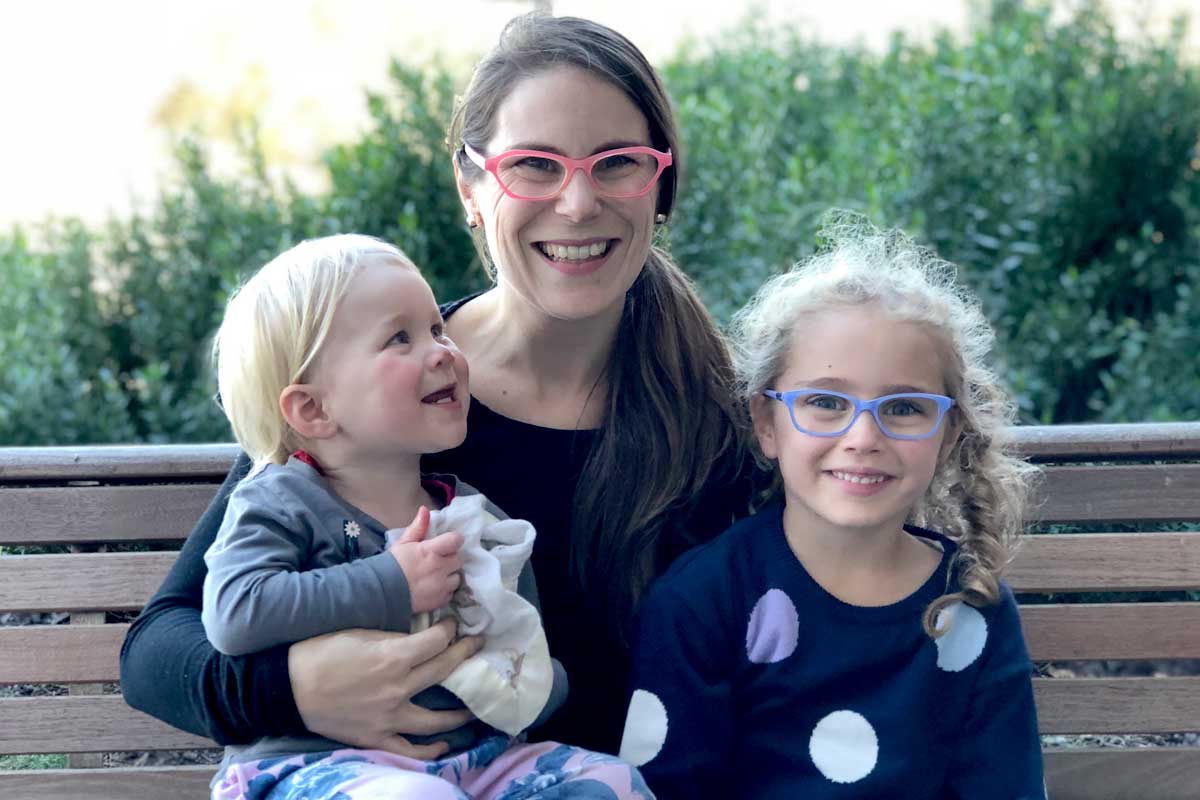 After 15 years in marketing, this inspiring working parent has stepped into the unknown by taking on her first CEO role with start-up education business Plato Project. And did we mention Elissa Newall is also mum to two beautiful girls aged one and six?

Elissa talks about what led her to taking a new career direction and how being a mum has made her a better people manager (even if she does have little sticky fingerprints on her jacket).

Can you tell us about your career journey?
For the past 15 years I’ve had roles in public relations, marketing and communications, with most of my time spent in the international education sector working for universities. I started my career as an intern at public relations agency Porter Novelli, and then worked my way up through the university world to assistant director responsible for local and global campaigns. From there, I was recruited to join a business school called Plato Project as their CEO. I love education, and have felt really fulfilled working in this space as I believe that education can truly open up new opportunities and change lives.

When you returned to work after parental leave, you said you felt ‘trapped in a role’. What did you mean by this? And what advice do you have for other women who feel the same?
When I went on parental leave to have my second daughter, my workplace was in the midst of a prolonged restructure. I was out of the loop, and returned to a role that was uninspiring and in a team where the majority of my colleagues had been made redundant or were leaving to find better roles. One of the benefits of working in the university space is the generous parental leave entitlements and in my case, part of this involved a ‘return to work’ bonus which required staying with the organisation for at least 12 months to qualify. Financially, we needed the bonus as this was factored into our family budget when we planned for parental leave. The price was my freedom. Although I wasn’t enjoying my role, I felt obliged to stay.

I think the turning point came for me when I decided that I needed to put my happiness first. I didn’t want my situation to sabotage my career prospects or my development opportunities. I made the mental adjustment and decided that I was open to change and open to a new challenge and before I knew it, I was on my way.

The advice part of this is that you always have a choice. I didn’t feel like I had one initially, but really it was just that I didn’t like the choice presented to me. It felt unfair and like having kids was setting me back. While that might have been true to an extent, the situation was what it was.

I couldn’t change it—I could only change my response to it. As soon as you come to grips with this, the power is all yours!

You’ve just started as the CEO of start-up education business, Plato Project. Congratulations on reaching the 100-day mark in your new role. How have you found taking the step into the unknown?
It’s been truly terrifying and incredibly rewarding at the same time. I’ve been reflecting on the first few months in the role and while there have been a lot of challenges, it is exactly what I signed up for. I wanted to learn something new and to prove that I could do more than I had done before.

The learning curve has been steep but there have been more than a few wins. Our business is stronger now than when I started and I know that I have made a meaningful contribution.

I’ve also embraced a growth mindset, acknowledging that I will always need to keep learning and growing to stay relevant and be impactful. It doesn’t mean that learning feels easy, but rather that I’m comfortable being a work in progress and am leaning in to that feeling.

You have two gorgeous daughters who are one and six years old and your husband travels interstate for work regularly. How do you practically make it work?
There’s no secret formula I’m afraid, just plenty of hard work, planning and negotiation. Every week we do calendar planning, figuring out who can drop off and pick up kids, determining whose work engagements are worthier. We use a mix of childcare, after-school care and a babysitter to get through the week, plus a cleaner once a fortnight to help keep us sane.

Plato Project is a very flexible workplace and I think the whole nine to five concept is quite outdated. My team are clear on the job outcomes required of them and are free to work from home or choose the hours that suit them. I usually work from home one day a week and will start late or finish early if there is a special event for one of the kids. I am usually always offline between 6 and 8PM to be with the kids for dinner, bath and bedtime, and then I have a little rest and chat with my husband before logging on again around 9PM for a couple more hours work. Sleep is probably the area I compromise most…and I am very grateful that my children sleep well through the night. The challenge is making sure no little people get out of bed before 6AM—I tend to get a bit cranky when that happens!

I cook a week of meals every Sunday, and make the lunchboxes ahead for the week. We will often do five or six loads of washing on the weekend and some jobs, like mowing the lawn and washing the car, just don’t get done as frequently as we would like. We often work late into the night during the week, so we try and keep weekends for family time and friends rather than spending it all on housework.

How has having children changed you? Are you more or less ambitious in your career?

I think it’s hard not to be changed by your children—parenting is such a huge, demanding, rewarding part of your life. I’m definitely more confident and less worried about my appearance now, probably because every outfit I own has been compromised by sticky hands, snot, vomit or food since having kids. I have realised that I can stand tall and be taken seriously even with tiny fingerprints on my jacket.

I also think that having kids has made me a better people manager, as I’ve found I have grown in tolerance, understanding and even appreciation for others who are different to me. It’s also honed my ability to stay calm in a crisis. There’s nothing like a public toddler meltdown to test your limits!

Career-wise I don’t think there has been any impact on my ambition and I am just as focused now as ever. I do feel sad when my daughter begs me to pick her up from school, almost every day. Ultimately, though, I know that I am being a good role model and trust that she will come to understand the pleasure I get from engaging my brain and skills at work and see the worth of what I do.

What do you think the biggest barriers are for women to move into senior leadership roles? What needs to change? What can be done to practically support women?
Likeability is a big challenge. Research tells us that men are liked when they are confident and successful, but in women these characteristics have the opposite effect. Having role models is extremely important, because they trail blaze and open up the path for others to follow. Recently I had the privilege of attending an event where Julia Gillard hosted a conversation with Hillary Rodham Clinton. The closing remarks by Annabel Crabb really moved me, she said “being first is a bloody business. It’s a costly business, a messy business…and an act of grace”.

One of the really practical things that could be done to support women is to incentivise men to spend more time as primary carers in their family. I’ve read a bit about the case for the four-day work week, which supposes that each parent would spend one day at home caring for children, running errands, exercising, pursuing hobbies. I think that this could be a great approach that frees everyone up to engage with career and family and make family responsibilities less gendered or impactful on career progression.

It can often feel like having kids and a career are mutually exclusive. What are your thoughts on this?
There are more than enough examples out there that prove otherwise. Sure, it’s not easy to manage both areas well, and sometimes it literally feels like having two full-time jobs. But when you love both, it’s impossible to imagine a life without one or the other. You just make it work, by hook or by crook!

What is the best career advice you have ever been given?
In one of my first few weeks back to work after parental leave, I felt stressed out by the workload and managing things while only working three days a week. I didn’t feel supported to continue at three days and instead succumbed quite quickly to the pressure I felt to pick up an extra day, even though my daughter was only eight months old at the time. I regretted the decision instantly but stuck with it. One of my colleagues had observed the whole situation and took me aside to say that she had noticed everything going on, and she thought I should have fought harder…not specifically for myself, but for the principle, because my acquiescence allowed bad behaviour to go unchecked and made it harder for the next woman after me. It came from a close friend, so it was appropriate and welcome advice.

I was instantly jolted into a higher state of mind and have realised that my career and decisions can help or hinder those who come after me, so I take them far more wisely now.

The other great piece of advice was to stop using the words ‘we’ and ‘just’ in interviews or meetings. There is no power in diminishing your talents, achievements or opinions. When you have done good work, you need to back yourself and earn credibility. This doesn’t come from your ego, but from a frame of mind where you truly respect and value yourself.

Favourite time of the day is…8.30AM when I arrive at work. I love the fresh start of the day feeling.

I’m happiest when…cooking up a storm with my eldest daughter. Isla is the most wonderful sous-chef you could ask for!

My role model is…I am really lucky to have a group of old colleagues from when I first worked in public relations. They are my power women role models because they manage incredibly successful careers plus busy family lives and do it with incredible style. Oh, and I am a huge fan of Leigh Sales—she is a force to be reckoned with!

Heels or flats? Flats, mostly. I walk about 3km each day in my commute by the time I have dropped off at school and childcare so comfort is key. I used to keep some heels at work, but the start-up scene is pretty casual so there’s no need to worry about that anymore! 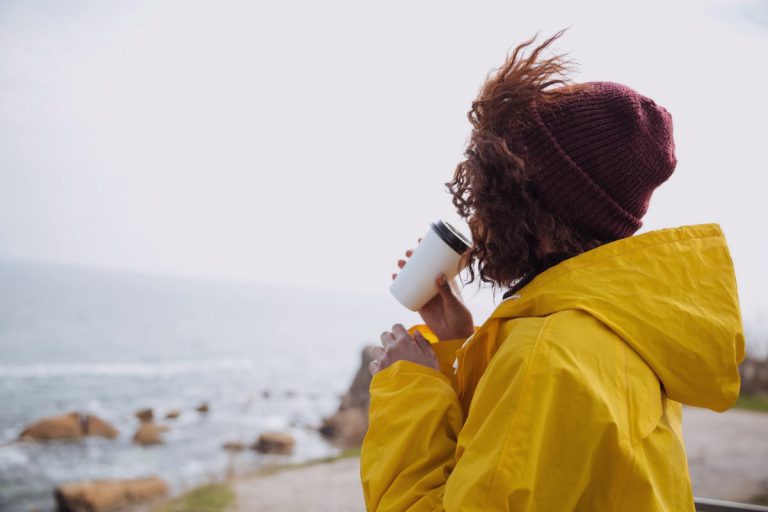 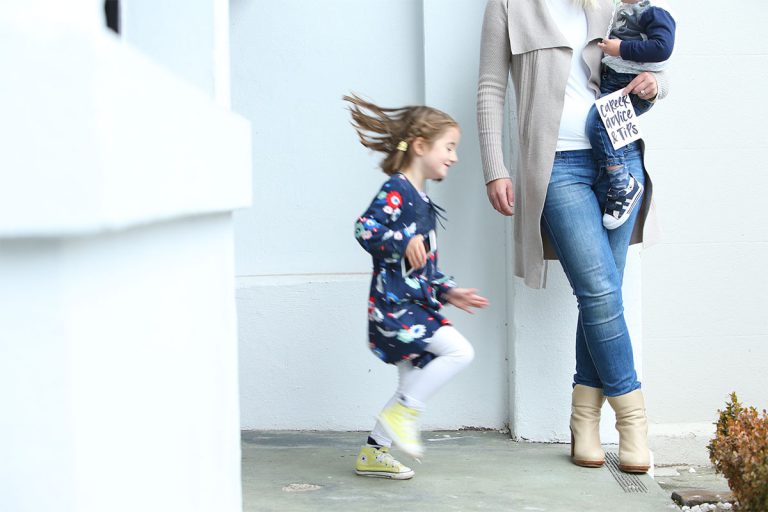 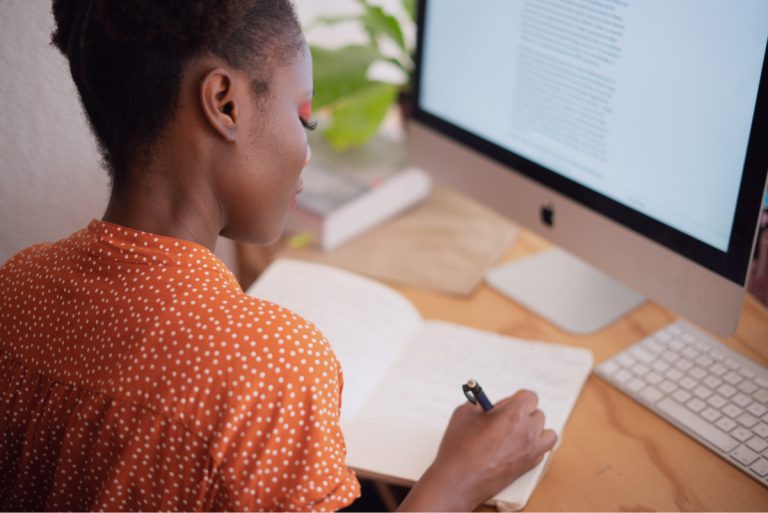